Our Top 10 Favorite Buildings in SLC

1. Abravanel Hall: For our money, Abravanel is most intriguing in its ability to toe the line between opulence and minimalism. The interior houses massive crystal chandeliers and plenty of gold leaf, but any would-be-ornateness is offset by the subtle, simple, and angular shapes of the hall itself. Built: 1976-79 | Materials used: Brick, concrete, glass | Architect: FFKR

2. Boston and Newhouse Buildings: Few downtown skyscrapers have captured our hearts like these twin Beaux-Arts beauties. Towering over Main Street, the two structures not only mirror each other but display a dizzying mastery of stalwart style and delicate design. Built: 1907-1910 | Style: Beaux-Arts | Materials used: Stone, steel | Architect: Henry Ives Cobb

3. Federal Courthouse: Although controversial among locals, we feel the Federal Courthouse building is one of our city’s most aspirational (in fact, we thought it warranted a Place of Worship feature). Its glass and aluminum facade and interior spaces comprise a striking, precise, and elegant example of forward-thinking architecture. Built: 2011 | Style: Modern | Materials used: Anodized aluminum, glass | Architect: Thomas Phifer & Partners

4. Cathedral of the Madeleine: No matter your denomination, it’s hard to deny the magnificence of this South Temple place of worship. The facade is breathtaking, but we think what lies inside might just rival it (those ceilings!)—and the occasional bell tolls add a distinct charm to the lower Aves. Built: 1900-1909 | Style: Neo-Romanesque | Materials used: Sandstone brick, copper (roof) | Architect: Carl M. Neuhausen, Bernard O. Mecklenburg

6. OC Tanner: A $24 million renovation transformed the old Hansen Planetarium on the corner of State and South Temple into the clean, bright, and straight-up shimmering box of jewels it is now. It's historic-meets-minimal glam, and it's perfection (this stunning structure is even certified as a COLLECTIVE Place of Worship). Built: 1905 | Style: Beaux-Arts | Materials used: Oolite limestone | Architect: Hines & LaFarge, Frederick A. Hale

7. St. Joseph the Worker: Commissioned by our pals at Sparano & Mooney, this stunningly circular contemporary chapel is clad with materials reclaimed from the site’s former church. The architectural brilliance of this firm’s projects are never limited to the exteriors: St. Joseph’s boasts sustainable elements throughout and is powered by solar panels. Built: 2013 | Materials used: Concrete, milled cedar, steel, copper | Architect: Sparano & Mooney

8. City & County Building: While ornate and scholarly in image, this spot is beset with controversial lore. One legend tells the structure was erected to rival the Salt Lake Temple in both size and extravagance. Our professional opinion: we think it looks a bit like it belongs at Hogwarts, and that’s okay by us... Built: 1891-94 | Style: Romanesque Revival | Materials used: Utah Kyune sandstone, granite (columns) | Architect: Monheim, Bird, and Proudfoot

10. Conference Center: The Church of Jesus Christ of Latter-Day Saints’ Conference Center is an entire city block of striking architectural details. The design of the entrance, for instance, feels very much like a futuristic interpretation of traditionally neoclassical motifs that we’re totally here for. Bonus: the sprawling rooftop garden that descends down the tiered sides of the building. Built: 2000 | Materials used: Steel, concrete, stone, glass | Architect: Leland Gray, Zimmer Gunsul Frasca Partnership 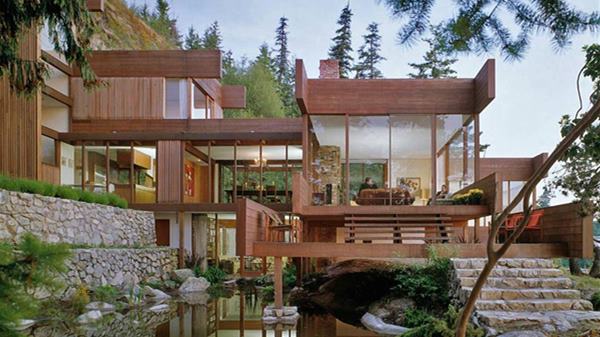