We couldn’t count all the things we love about Utah on all the fingers and toes in the world, but one of those things is absolutely, unequivocally, without-a-doubt the stunning structures that call her home. From Bountiful to Bluff, mountainside cabins to modern retreats, we think the diversity of our structures is a thing of beauty (and a legacy that would be a shame to lose), and who better to name a few architectural spaces of notes than the folks who work to create them? That said, we recently asked a few local architects for some of their favorite spots in the Beehive.

Got a favorite of your own? This year marks AIA Utah’s 100th anniversary, and to celebrate, they’ve created an open-to-the-public poll of Utah’s greatest created spaces. Head to “Utah’s 100 Best Buildings Poll” to cast your vote! Results will be posted in September.

State Capitol Building, built 1912-1916, designed by Richard K.A. Kletting
“The consistency of the elements used throughout – from the classical ornamental details to the marble construction materials — are truly remarkable,” Ferguson says. “It’s a clear, purposeful, simple idea made in a time when architects were a one-man-show, long before architecture became a corporate practice.”

The US Courthouse, completed 2014, designed by Thomas Phifer & Partners
"The courthouse is a great example of a building with its program expressed powerfully in the façade as well as the interior spaces. The form embodies the ideals of a civic building: transparency, strength, equity, and also the intensity of the experience of appearing in a federal courtroom with its extreme scale, entry, and deep spaces on the interiors." (Photo courtesy rci.com)

Snowbird Resort in Little Cottonwood Canyon, completed early 1970s, designed by a myriad of incredible Utah architects, including Jack Smith, Robert Bliss, James Christopher, Martin Brixen, and Enteleki
"It's a timeless example of modern architecture in a mountain setting. The materiality of the brutalist building, concrete and wood, continue to inspire modern buildings we design.

John Sugden House in Summit County, built 1984, designed by John Sugden
"It's one of the best examples of John Sugden’s work, and his lineage working under the master Mies Van der Rohe. The steel and glass cube sits on a forested mountainside, an object placed within its landscape context." (Photo courtesy of utahcfa.org)

The Cathedral of the Madeleine, completed 1909, designed by Carl M. Neuhausen and Bernard O. Mecklenburg
With its predominately Romanesque exterior and Gothic interior, [this church, restored in the 1990s], has been a cornerstone of downtown Salt Lake City for over a century, and is an important part of Utah’s history.

Saint Joseph the Worker Catholic Church, completed 2015, designed by Sparano + Mooney Architects
This is one of our favorite public buildings that we designed. Its use of board form concrete, wood, and copper panels is inspired by the community it serves in West Jorden, Utah. The materials reference the parish’s mining and construction history, and the use of these elements expresses how ordinary materials can be extraordinary. (Photo courtesy sparanomooney.com)

Capitol Hill ward building, built 1928, designed by Ashton and Evans
“The Gothic Revival style from the ‘20s was beautifully sited in the shadows of this Capitol Hill building. I grew up in the neighborhood and my great grandfather was the contractor on the building, which was sensitively restored by CRSA within the last twenty years.” (Photo courtesy jacobbarlow.com)

Utah Museum of Natural History, built 2011, designed by Ennead Architects and GSBS Architects
“Great work done by Ennead and GSBS. It's a large building to site in a foothill area, but their use of materials (copper, etc) create a beautiful border between the city and the foothills.”

John Sugden Summit Park house (or “Cube House”), built 1984, designed by John Sugden
“Such a clear design diagram and one of the few modernist glass and steel buildings from Miesian modernist roots (Chicago school) in Utah. This is one very important building in Utah's architectural history!” (Photo courtesy utahcfa.org)

Amangiri, built 2009, designed by Marwan Al-Sayed, Wendell Burnette, and Rick Joy
You know why, but in case your readers don't: Because this project is inspired by the site it sits in, from the materials to the forms to the details. I also love everything Rick Joy.

Unbuilt Kimball Arts Center, designed by Bjarke Ingles Group (BIG)
I love this because it shows what happens when we try to bring forward-thinking, site-driven, inspired architecture into a community that is stuck in the past. It makes no sense to build all cars in the same shape and size as the Model-T in today's world; technological improvements have been made and therefore cars look different from 100 years ago. To me, this is the same issue we see in architecture. We build things differently today than in any other time in history, and therefore we should be true and honest to our modern means and methods in both form and function. (Image courtesy BIG) 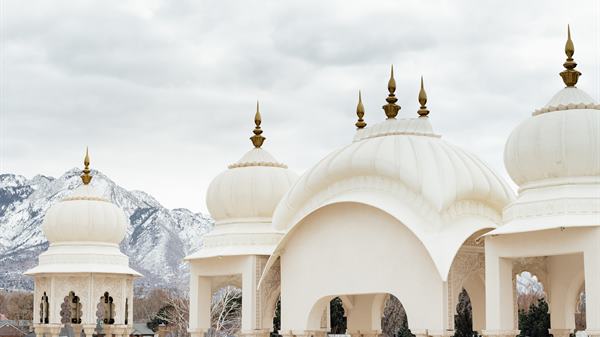 Significant Properties
On Architecture: Temple Work
6/15/2021 | Adam Compton
As this hi-desert metropolis procreates, populates, and gentriﬁes, we can all witness and engage with the countless contributions from its diverse inhabitants. Each parcel of this valley gains value by our own personal embodiment...
Read More Significant Properties
Go Wander | To Yonder
6/3/2021 | Brian Tripoli
As with every summer’s approach, we begin to feel that stirring. It’s undeniable, the yearning inside to get out, to explore nature. And this season that wanderlust feels especially strong. So, we air out our tents and try to find where we left our binocs, for the call of the wild is strong...
Read More 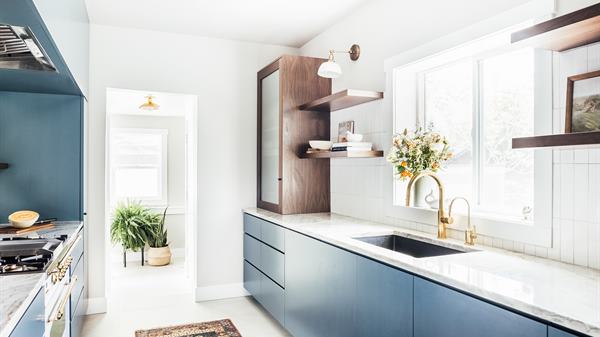 Significant Properties
5 Small Ways to Make a Big Difference in Your Kitchen
5/27/2021 | Lauren Bald
One of our most recently completed design projects perfectly demonstrates that you don't always need a complete overhaul to breathe new life into your home. Here are five little changes that can have a big impact on your space...
Read More