While we find this state of ours to be lovely in myriad ways, we’re well aware that one of the avenues in which she shines brightest is her outdoorsy-ness. Patagonia fans the world over have come to know our beloved Beehive as somewhat of a mecca when it comes to scratching that “fresh air in your lungs, dirt on your hands, earth underfoot” itch, and—for our chalk-dusted, beta-seeking outdoor explorers—our diverse terrain also happens to be equipped with a bevy of homegrown, nature-made rock routes.

Without further ado, here are a few tried and true climbing spots to hit before the temps drop…

1. American Fork Canyon: AF Canyon is all about steep, bolted, pocket-filled limestone. Hell Cave offers some of the stoutest routes in the state, yet those not quite so bold are also well served by areas like The Membrane. The canyon is mostly shaded, making it a great spot during hot summer days, but be prepared to pay an entrance fee.

2. Big Cottonwood Canyon: Well known for its slippery, hard quartzite, Big Cottonwood is easily accessed and plenty of fun. Those newer to the sport should hone their skills on Ambush Wall, and the area known as S-Curves offers year-round climbing.

3. Joe's Valley: Joe’s Valley sits squarely as one of the world’s most-acclaimed bouldering spots. Located just three hours from Salt Lake, you’ll find nearly 600 gritty sandstone problems ranging from Exit Wound (V0) to Resident Evil (V10) and Black Lung (V13)—the latter two serving as litmus tests for top-tier climbers. While you can find coffee and internet in the nearby town of Orangeville, we suggest you come prepared to camp.

4. Little Cottonwood Canyon: This canyon offers a nice mix of sport and trad routes (many of which ascend over the area’s famous white granite) and some great ice climbing options, to boot. You’ll also find some first-class bouldering in the Secret Garden area—Twisted (V4) is the benchmark problem for intermediates looking to achieve journeyman status.

5. Maple Canyon: Located a little under two hours from SLC, Maple Canyon is known the world over for its cobblestone-clad climbing routes (most of which are bolted). While many dedicated climbers come here to test their mettle, there are areas for all experience levels. Camping in the dog-friendly canyon is quite picturesque, so we suggest making a weekend of it.

6. Uinta Mountains: A vast range located east of SLC, there are plenty of great spots peppered throughout the Uintas. All told, it’s a pretty even split between trad climbing, sport climbing, and bouldering around these parts, but, no matter how you ascend, high elevation means you’ll stay relatively cool while doing so (even in the hottest months). For solid ROI, the area surrounding Ruth Lake offers close to 70 different routes ranging from 5.6 to 5.12, difficulty-wise. Kerri Fukui
Our City + State
Worthwhile Last-Minute Day Trips
9/17/2020 | Editeam
In the weeks before the weather takes a turn and we're forced to head indoors, a safe, socially-distanced road trip to some of Utah's landmarks could be just the thing you need. Pack up some sandos, hop in your car, and put on that "Driving Gloves & Desert Dreams" playlist you just made...
Read More

Kerri Fukui
Our City + State
5 Spots for End-of-Summer Camping
9/17/2020 | Editeam
The weekends remaining between now and first snowfall are numbered, to say the least (and with 2020’s ever-increasing unpredictability, it could really happen at any time). In the interest of mental health and fresh air, we recommend taking advantage of Utah’s stunning backcountry...
Read More 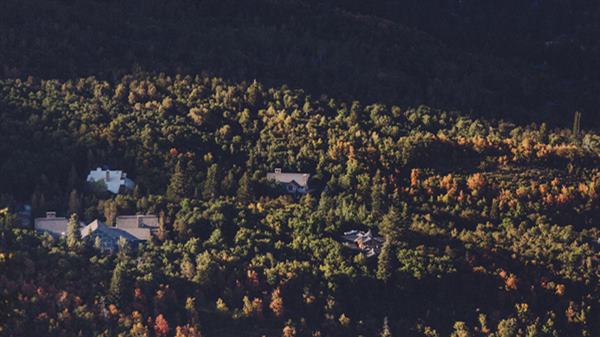 Big Bear Photo Co.
Our City + State
Prettiest Fall Time Hikes
9/17/2020 | Editeam
As above-90 summer days start to transition into the rearview, we thought it appropriate to offer a heads up regarding a beloved, season-changing event that's looming on the horizon: fall colors. Our state is one of the lucky territories wherein dropping temps bring bright streaks of color to our...
Read More