While it may seem contrary to the Beehive's buttoned-up reputation, locals and lifers alike can attest that there's no shortage of spooky legends and creepy lore surrounding this state of ours. From Logan to Kanab, Utah is brimming with macabre myths, and--come late October--we know folks are itching to dive headfirst into them in the name of spooky season. A few of our own recently took a truncated tour of a few of SLC's spookiest pitstops in the hopes of getting into the Halloween spirit (or two). Looking to do the same? Here are a couple of chilling stops you might want to consider...

Originally a humble Carpenter Gothic cottage built by William Staines in 1855, the Devereaux House (or Staines-Jennings Mansion) was ultimately reimagined and expanded to a structure far more lavish in the late 1860s. Owned by SLC’s mayor (and one of its first millionaires), the home played host to many a regal party, though it is rumored that the couple’s young children were required to remain upstairs and watch from above. Sadly, much of the mansion was destroyed in a 1979 fire started by vandals, but a restoration (and subsequent placement on the National Register of Historic Places) has enabled the home to be used for events and the like. Hosts and visitors to the space have reported the presence of two distinct spirits inhabiting the mansion (and we can attest from our own recent visit that a palpable sense of sadness/unease will accompany your jaunt). A small girl around 8 years old is said to play tricks on guests, waving from the windows, flicking lights, or closing doors—and was once seen by an unsuspecting guest standing just outside the elevator as the doors opened. The second spirit, an adult female, reportedly throws things to the ground in an effort to protect the home from misuse or unwanted visitors. Keep your distance then, say we.

Completed in 1901, this million-dollar mansion was designed by S.C. Dalles, a prominent Utah architect. No expense spared in the process, roof tiles, mahogany, silks, tapestries, and an enormous broad mirror wall were imported from places such as San Domingo, South Africa, the Netherlands, Germany, and Russia to fill the stunning and ornate home. Sitting atop a hill, the sandstone structure is equal parts menacing and stunning (and, therefore, ripe for a good ghost story, we think). In a recent visit to the property, our tour guide offered personal accounts of sightings for each of the two spirits said to reside in McCune. In a 1999 restoration, an electrician in the midst of rewiring the west room fell from a ladder beneath a massive chandelier. Shaken, he claimed that his fall was not the result of being electrocuted, but rather the outcome of having seen a little girl walk out of the massive mirror in the room, then disappear into the main entryway (and, we’re told, said electrician never returned to the worksite). And roughly 20 years ago, the tour guide’s small son—noisily running through the home as his father worked—suddenly became completely quiet. When his dad noticed and inquired as to why he was crouched and staring into the hallway, the boy claimed to have watched a man in a long, black cape walk from one end of the hall to the other…then he resumed his play. *shiver*

If a peaceful stroll through the Salt Lake City Cemetery sounds more your spine-tingling speed, it’s a good way to maintain a safe social distance between you and everyone else, as most are 6 feet under. In the heart of the cemetery, however, you’ll find "Emo’s Grave". Actually a mausoleum, it is said that the haunting began shortly after his ashes were placed, though just why is not at all clear (and while the tomb’s moniker is still in question, many believe that it’s been taken from the middle initial and first two letters of his last name, Jacob E. Moritz). A well-liked and well-known Salt Laker, Mr. Moritz was the founder of the Salt Lake City Brewing Co. who, after years as a successful businessman and active member of the community, died from stomach cancer. The crypt in which his remains were interred once had a window in the metal door, from which visitors could see the remains of an urn—local lore claimed that if you lit a candle, circled the mausoleum three times, and chanted “Emo, Emo, Emo,” you could peer inside to see his red eyes staring back from within. The opening has since been covered in sheet metal, but seekers of the legend have adapted, and Emo himself will appear just adjacent to the mausoleum if called. Note: plenty have reported loss of cell service and other tech mishaps in just this spot, so we recommend you take a friend. #safetyinnumbers

If you’re already at the cemetery and you can’t get enough of the eerie unknown, you may as well float quietly toward the northeast corner for a slightly less clear, but equally bone-chilling tombstone. A mysteriously demonic epitaph assigned to the grave of Lilly E. Gray reads “Victim of the Beast 666,” though history offers no explanation as to why. Lilly had been married to Elmer Gray for just 6 years at the time of her passing at age 72, and plenty have speculated on what may have led to such a satanic send-off: theories range from gruesome murder scenarios to her being a follower of well-known occultist Aleister Crowley. That said, we tend to think “the unrevealed” is as compelling a reason as any to make your way to the site. Do so at your own risk, of course. Our City + State
The New SLC Airport | Now Boarding
11/5/2020 | Brian Tripoli
What began in the ‘90s as a grand vision for the future of our city but suffered setback after setback by 9/11 and the Great Recession has finally become reality. Say hello to our new airport, The New SLC...
Read More Our City + State
Top 11 Patios in Salt Lake City
10/29/2020 | Amy Tibbals
Clearly our warm weather is waning, but there is still at least a small window of time to get outside and dine safely. Who knows, some spots may be opting for outdoor dining well into the winter months, and we'd welcome the option (it's pretty common in plenty of spots all over the map...
Read More 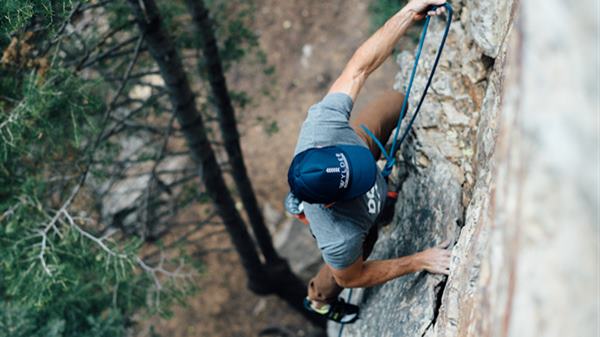