We’re suckers for a good meet-cute story, and it doesn’t get much more swoonworthy than the match made in dairy heaven of two of our favorite fromage-fix enablers: Abby Pfunder and Zara Ahmed of Raclette Machine. They met while working at California’s famed Cowgirl Creamery and even had a cheese-themed reception following their 2014 wedding in San Francisco.

A cheese-themed reception, we said.

And Pfunder has studied cheese making with some of the region’s best artisan farmstead groups. Following her mutually happy internship at Rockhill Creamery in Richmond, Utah, Rockhill’s owners named one of their heifers “Abi” after her (that’s a good thing in the dairy world). Ahmed fell in love with raclette—French for “scraped” —years ago living near Lyon, France while working as an English language instructor, and she and Pfunder have been long-time fans of the comforting Alpine tradition.

You’ll also find the word raclette applied to the name of an Alpine cheese perfectly suited for uniform melting and the technique of toasting the entire exposed surface of a halved cheese wheel to scrape off an oozing portion for each guest. While raclette is usually served over toasted bread and traditional French accompaniments like cornichons, prosciutto, bitter salad greens and warm potatoes, Pfunder and Ahmed’s badass pop-up business Raclette Machine also offers gorgeous melty sammies and raclette scraped onto the surface of that comfort food staple, French onion soup, a fan favorite when served on a chilly afternoon.

Since the couple moved to SLC, they started catering raclette events and hosted pop-ups in private homes. Their business grew substantially this year following rave reviews from Downtown and Liberty Park Farmer’s Market patrons. We’ll COLLECTIVELY admit we may have stalked their IG feed to find out where they’d be next...

Raclette Machine has hosted a killer pop-up at spots like Amour Café and Fisher Brewing, and you may remember them from last year’s Brew + 'Q, where we were gleeful gluttons of all that melty goodness (there may have been seconds. Okay, thirds). Exciting news on the Raclette Machine front: they just purchased a food truck, and according to Ahmed, “We are hoping to have it up running by the fall.”

Check out their social media streams for additional mid-week pop-ups or book them for your next cheesy (in the best possible way) event.

Find ‘em until then at the Liberty Park Farmer’s Market (Fridays, 4pm-dusk), and the Downtown SLC Farmers Market at Pioneer Park (Saturdays, 8am-2pm). 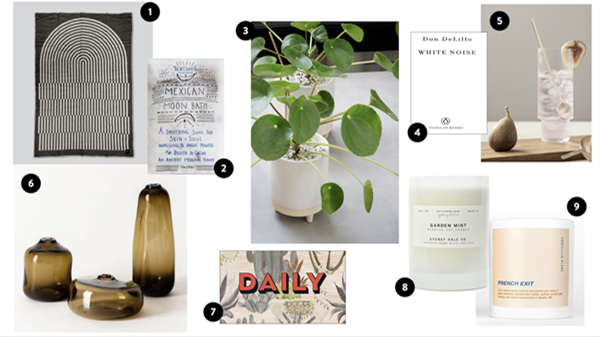 Businesses + Events
Shop Local! | Goods We Gathered...
4/21/2020 | Katie Bald
We sourced (locally!) six different collections of goodies based on six different styles of home. Select the design project--or a few--that resonates most with you, then get to shoppin'...
Read More

Businesses + Events
Vis. | Good Optics
1/22/2020 | Paul Svendsen
If you happen to be in the market for unique, handcrafted eyewear from independent designers, Vis. is your spot. Aside from the stellar collection of specs and on-site eye exams, this 8th & 8th spot offers some of the most disarming...
Read More